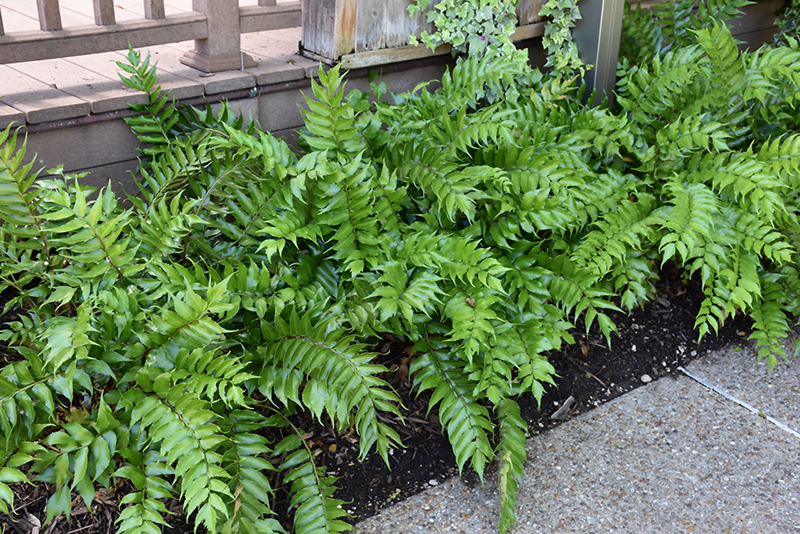 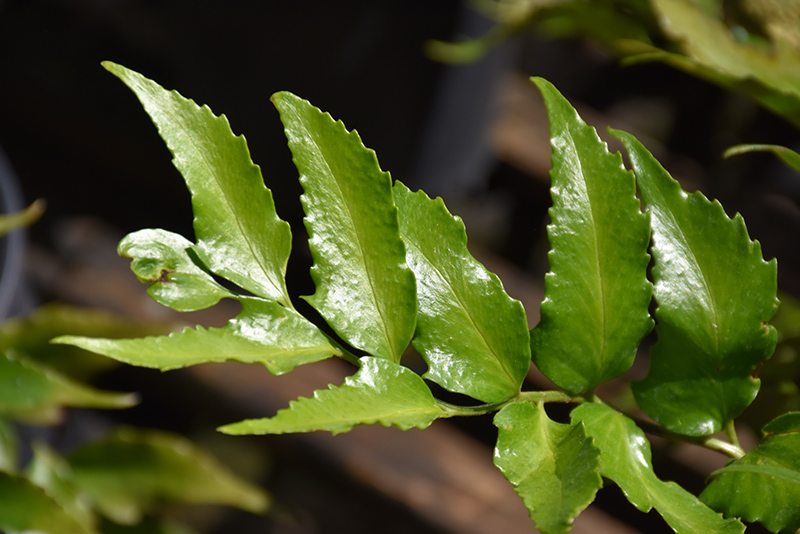 The lovely, leathery, glossy fronds of this bold fern resemble those of a holly; keep moist but soil should be well-drained; cut back fronds as they get damaged; tolerates some sun

Japanese Holly Fern is primarily valued in the garden for its cascading habit of growth. Its attractive glossy ferny leaves remain dark green in color throughout the year.

Japanese Holly Fern is an herbaceous evergreen fern with a shapely form and gracefully arching fronds. Its relatively fine texture sets it apart from other garden plants with less refined foliage.

This is a relatively low maintenance plant, and is best cleaned up in early spring before it resumes active growth for the season. It has no significant negative characteristics.

Japanese Holly Fern is recommended for the following landscape applications;

Japanese Holly Fern will grow to be about 24 inches tall at maturity, with a spread of 3 feet. Its foliage tends to remain dense right to the ground, not requiring facer plants in front. It grows at a medium rate, and under ideal conditions can be expected to live for approximately 10 years. As an evegreen perennial, this plant will typically keep its form and foliage year-round.

This plant does best in partial shade to full shade. Keep it well away from hot, dry locations that receive direct afternoon sun or which get reflected sunlight, such as against the south side of a white wall. It does best in average to evenly moist conditions, but will not tolerate standing water. It may require supplemental watering during periods of drought or extended heat. It is particular about its soil conditions, with a strong preference for rich, acidic soils. It is somewhat tolerant of urban pollution. Consider applying a thick mulch around the root zone in both summer and winter to conserve soil moisture and protect it in exposed locations or colder microclimates. This species is not originally from North America. It can be propagated by division.